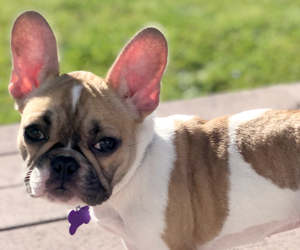 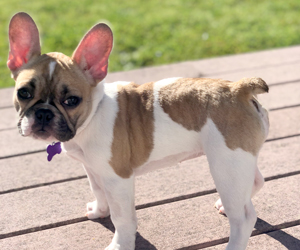 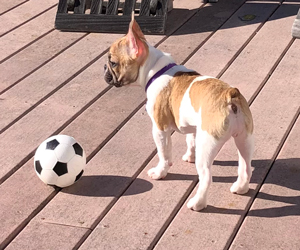 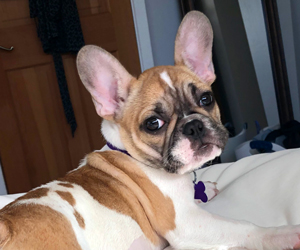 Help care for Biscotti with your donation

Biscotti is available to Sponsor!

Enjoy a cup of coffee with Biscotti, an adorable 3-month-old, 8-pound French Bulldog puppy looking for a loving home. She will likely weigh about 20 pounds as an adult dog. Biscotti has a wonderful personality and loves to give kisses and cuddle on your lap. She loves to play with toys, and she especially enjoys chasing balls, including those much bigger than she is! She has lots of puppy energy but an overall mellow demeanor. She’s a super good girl that plays hard and then sleeps hard. Her favorite thing is a nap in your lap! Biscotti is great with the other dogs in her foster home, but she has not had experience with cats. Biscotti came to AFRP after her breeder declined to provide surgery for her prolapsed rectum. AFRP got her the surgery she needed along with a second chance at a happy life. She has healed nicely and should have no further issues. Biscotti is looking for an adopter with the time to continue her training and make her a part of the family. Meet and greets can be arranged once your online application has been received and approved.

Biscotti has already been adopted!

Dogs and puppies – $300
Some dogs have sponsored adoption fees.
Compassionate Choice dogs have fees that are waived to qualified adopters. Watch for adoption promotions with discounted fees throughout the year.